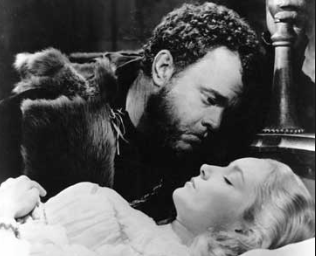 Othello was one of Welles's more complicated project and he worked from 1949 to 1952, filming on location in Italy and Morocco. It is a nineteen-three minute black and white filmic production that could be titled Orson Welles's Othello. Welles was the producer, the director, the screenwriter and even the main actor. He, in fact, played the role of Othello by painting his face black with cosmetics. It took, so, “nearly three years to complete” it because there were several reasons that blocked the project. Firstly, the failure of the italian producer that had begun to work on the film. Secondly, the inability to have the cast for the time required for processing (all actors, including Welles, were engaged at the same time in other sets). Thirdly, the myriad setbacks that obstructed the crew in his repeated trips between Morocco and Italy. Thus, Orson Welles held many fragments on which it was not easy to maintain control. As a result he decided to use another mounting technique in order to preserve the continuity of the narrative flow: “in place of the long take he turned towards montage, which involvers the juxtaposition of short scenes”. The director  decided to use Shakespeare's language and the story remained quite faithful to the original source, based  on jealousy and rivalry.
However the scene in which Iago manipulates Roderigo to murder Cassio is set, improperly, in a Turkish bath and one possible explanation for this scene is that Welles had difficulty finding enough funds for the film. In fact due to a lack of money there was also an inadequate copy distribution but fortunately, in 1992, the director Michael Radford “spearheaded a restoration of the film, which involved not only clearing up the image but reworking the entire soundtrack” and it was better distributed.
After having carefully viewed the film several times, I realised that there are “secrets messages" that, scene after scene, show the true demoniac nature of Iago. This character, apparently, doesn't seem to have any emotion at all and cares about nothing except for his plan. From a purely scientific-psychological view Iago used the “suggestion”: a kind of hypnotic influence, that greatly intensifies his conditions of villain. Hypnotism is, in fact, the coercive influence exerted by a man who enters consciously into the mental life of someone. When it is not intended to treat a physical illness, hypnotism is usually a misuse of the terrible and mysterious power called the will of nature, because the effort has the intention of changing or destroy the will of another individual and to force him to “accept an idea or belied uncritically, as a technique in hypnosis”.
According to Shakespeare, Iago is a twenty years old (“I have looked upon the world for four times seven years”) that through jealousy sparked a series of murders: “I have ‘t: it is engender’d: hell and night,  Must bring  this monstrous birth to the world’s light”. In the film, conversely, the actor that interpreted Iago (Micheál MacLiammóir) seems to be older and on the basis of my critical study the director created a character who is very close to the personality of a devil, a beast that needs to be locked up in order not to bring death. Watch out the video for more information... 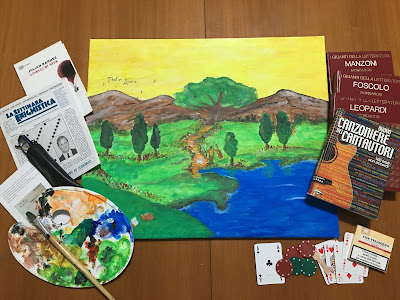